Abbasuddin Ahmed, distinguished from his contemporary composers and singers during the ’20s. He has been credited with vocalizing everything from Islamic songs to Folk songs. His mesmerizing voice and stirring songs intertwined with our cultural heritage. His musical influence waved in Cooch Behar where he was born. He was committed to heart and soul to learn music. He developed his musical skills under the guidance of Ustad Jamiruddin Khan in Kolkata and Ustad Kader Buksh in Murshidabad. He was acclaimed a folk singer of great originality. Initially, he attained recognition for folk songs like Bhawaiya (a genre of North Bengal folk song aka Cart man’s song), Khirol and Chatka in Cooch Behar and Rangpur district. Along with folk, he sang different types of songs such as modern, patriotic, Islamic and Urdu songs.

Folk songs like Jari, Sari, Bhatiali, Bichchhedi, Dehatattava, Marsiya, Palagan and Islamic songs such as Hamd-Nath sang by him become popular and made him one of the beloved folk artists in this land.

In collaboration with Poet Kazi Nazrul Islam, Pastoral Poet Jasimuddin and Poet Golam Mostafa he sang the songs composed by them. They inspired cultural practice in Bengali Muslim society and played a significant role in promoting Muslim rejuvenation. Abbasuddin Ahmed worked with Nazrul Islam while he made records with renowned companies like ‘His Master’s Voice’ known as HMV. He also made a number of records with Megaphone, Twin and Regal companies. The song ‘O Mon Ramzaner Oi Rojar Sheshey’ is an inseparable part of the Muslims which proclaims the embodiment of graciousness and complacency. He was the first singer to lend his voice to this song. He also voiced a collection of Islamic songs composed by Nazrul. Their collaboration consolidated communal harmony that transcended the narrow boundaries of religion.

Bangladeshi movie ‘Uttarer Sur’ (Northern Symphony) is based on the livelihood of one Bhawaiya singer. Woman is the central character of Bhawaiya song. It expresses the feelings and emotions of women. The song ‘O Ki Gariyal Bhai’ is one of the Bhawaiya songs sung by Abbasuddin. The song exhibits the woman expressing her love towards the Garials (Cart men).

Abbasuddin Ahmed portrayed the life of North Bengal. From his childhood, he was surrounded by the feeling of hard-working life and boundless harshness of nature. His song ‘Allah Megh De’ became one of the worthiest remarks.

A traditional type of song sang by boatman of eastern Bengal is Bhatiali. Bhatiali songs are about experience, expedition and relentless journey against the stream. His popular Bhatiali songs are written by Pastoral Poet Jasimuddin. Among those Amay Bhashaili Re, Amay Dubaili Re and Majhi Baya Jao are widely popular.

The contribution of Abbasuddin is unparalleled and mesmerizing. He wrote an autobiography named Amar Shilpi Jibaner Katha (1960). He was posthumously honored with the Pride of Performance Award in 1960, Shilpakala Academy Award in 1979 (posthumously) and highest civilian honor of Bangladesh, Swadhinata Padak in 1981 (posthumously). It is quite relevant to ask the question – is his spirit and legacy being carried on? It is required to commemorate the folk maestro in order to save our cultural heritage. Abbasuddin made a number of gramophone records that demand to be preserved. He has left an indelible impression meant to be cherished.

Featured Image: The Daily Star
This write-up explores the works and achievements of Abbasuddin Ahmed. 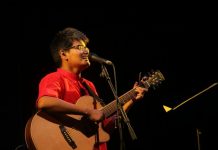 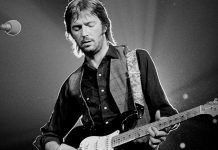